As an actor, writer, director and producer, Chris Jury may have worked extensively in film, theatre and televison, with directors as diverse as Anthony Minghella and Danny Boyle and on series such as Doctor Who and EastEnders, but it’s as Eric Catchpole on BBC One’s Lovejoy that he’s perhaps best remembered by the British public.

Having recently reviewed the re-released complete Lovejoy on DVD, I spoke to Chris about his memories of working on the top-rated programme which baffled TV producers but viewers couldn’t get enough of.

Jonathan Melville: How did you first come to audition for Lovejoy?

Chris Jury: In 1985 I was in a play at The Bush Theatre on Shepherds Bush Green next to the BBC drama offices. They couldn’t find Eric and a secretary in the office saw me in the play and suggested they came and saw me. I was then interviewed by the director Baz Taylor. I heard nothing for three weeks so assumed I had not got the part and accepted a job in Glasgow as Assistant Director to David Hayman for theatre company 7:84.

I was then called back into meet Ian McShane, producer Bob Banks-Stewart, writers Dick Clement & Ian La Frenais, executive producer Alan McKeown and director Ken Hannam. It was terrifying! I was offered the job the next day and had to drop out of the directing gig with 7:84.

The rapport between yourself, Ian McShane, Dudley Sutton and Phyllis Logan seems genuine – did you enjoy making series one? 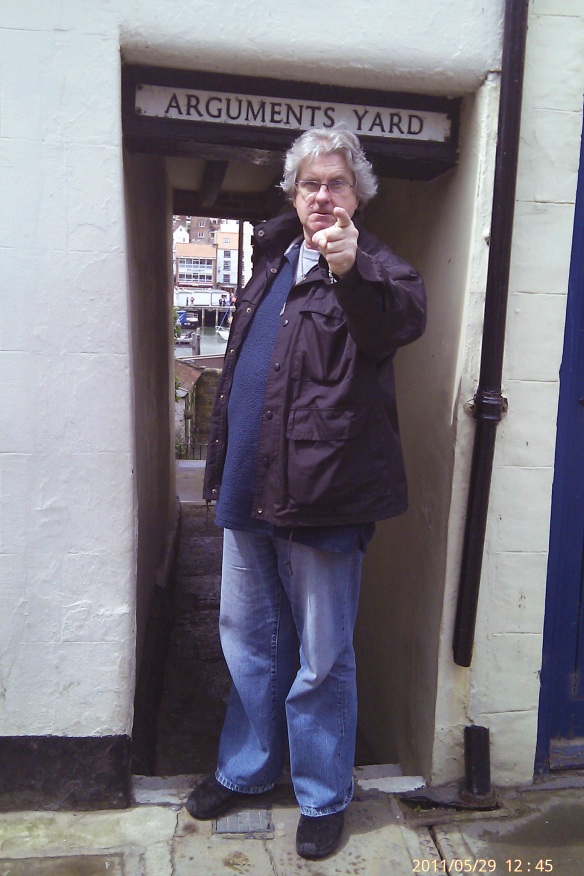 All the series were a joy to make. Ian, Dudley, Phylis, Malcolm Tierney and I got on like a house on fire. My abiding memory of filming Lovejoy is laughter and friendship. It doesn’t happen very often. I was very lucky. To this day I regard all four of the regulars as among my dearest friends.

Were you all set to return for a second series in 1987 or was it clear early on that the first series might be the only one?

We were hopeful of a second series in ’87 (which would have been filmed in ’86) but the BBC made Executive Producer Alan McKeown an offer he couldn’t accept and all power to him he walked away. The deal’s the thing you see. That’s why Alan is as rich as Croesus and I’m skint.

When did you learn that the programme would finally be returning?

In spring 1989 Michael Grade left the BBC to go to Channel 4 and within three weeks Witzend, Alan’s company, contacted my agent and we were back on. The deal was finally done in the Autumn of ’89 to start filming 10 eps from Easter 1990.

1993 saw two seasons and a Christmas special air, quite unusual for a BBC drama. Did you sense the BBC were particularly fond of the show at that time?

No. I always felt many of the metropolitan TV industry types were slightly embarrassed by Lovejoy. It wasn’t cynical, urban, edgy or cool enough for them. like Heartbeat and Last Of The Summer Wine, it was innocent, rural, funny and nostalgic – and of course immensely popular with the public! My own taste is for drama that engages more directly with the contemporary world but I could appreciate Lovejoy for what it was and that it was done extremely well. The scripts were brilliant!

This sneering metropolitan attitude crops up even now and the show is the butt of jokes from the likes of Catherine Tate and Little Britain who portray the show as a talisman of an unsophisticated middle-England. Very patronising.

END_OF_DOCUMENT_TOKEN_TO_BE_REPLACED

With scripts as well crafted as a Chippendale, performances as finely tuned as a Stradivarius and a production history more complex than the workings of a Thomas Earnshaw timepiece, Lovejoy arrives on DVD to once more charm viewers who have missed the series since its departure from TV screens in 1994.

Adapted for the small screen by veteran scriptwriter Ian La Frenais, who took Jonathan Gash’s rather earthy novels and made them acceptable for a mainstream audience, season one aired on BBC One in 1986.

That series introduced the character of East Anglian antiques dealer and ‘divvie’, Lovejoy, as played by Ian McShane in full-on rogue mode. Aiding and abetting are wily Tinker (Dudley Sutton), nice-but-dim Eric (Chris Jury) and the delectable Lady Jane Felsham (Phyllis Logan), while hindering Lovejoy in his plans to make a tidy profit on each deal is the panto villainesque Charlie Gimbert (Malcolm Tierney).

Slightly closer to the books in those first 10 episodes, the first year established the type of story offered up by La Frenais and his fellow writers; a mystery involving a rare antique draws in Lovejoy, with a dash of humour and the odd aside to camera helping things rattle along at a fair old lick.

Thanks to an unfortunate rights snafu, and a short trip to Dallas for McShane, season two didn’t appear until 1991, by which time Gimbert had gone but the rest of the gang were still available for more of the same. For the next few years it was as if nothing had happened, Sunday nights enlivened by preposterous plots and a cast of recognisable British thespians – including Sir John Gielgud, Brian Blessed, Bill Travers, Joanna Lumley, Richard Griffiths, Michael Kitchen and Donald Pleasance – drifting in and out of each episode to add a touch of class to proceedings.

By 1993 the series was a bone fide BBC hit, with season four running from January until April and season five from September until November, with a US-set Christmas special thrown in for good measure. Sadly, nothing lasts forever, and season five would see two of the leads leave, only for a new cast to be phased in and the dynamic change. Lovejoy may still have been loveable but the world around him was different.

Comprised of self-contained episodes for the majority of its run, the last year would see the makers build on the romance between Lovejoy and Charlotte (Caroline Langrishe), even if his heart was always with Lady Jane.

Bringing every episode together, with the original music present and correct for the first time, this set takes the viewer into a world where it’s permanently summer, every antique shop hides a lost treasure and friends conspire to help and hinder each other before making up with a pint in the pub and move on to the next dodgy deal.