Taking some time off from detailing the adventures of Del and Rodney, John Sullivan instead turned his attentions to Vince (Paul Nicholas) and Penny (Jan Francis) for Just Good Friends (Eureka TV), the BBC One romantic comedy which pitched viewers into the lives of a once-engaged couple whose relationship had ended when bridegroom Vince failed to turn up to his wedding.

Meeting up five years after that fateful day, Sullivan starts to weave a story of confusion, lies and misunderstandings which will see the couple through three series and one Christmas special. 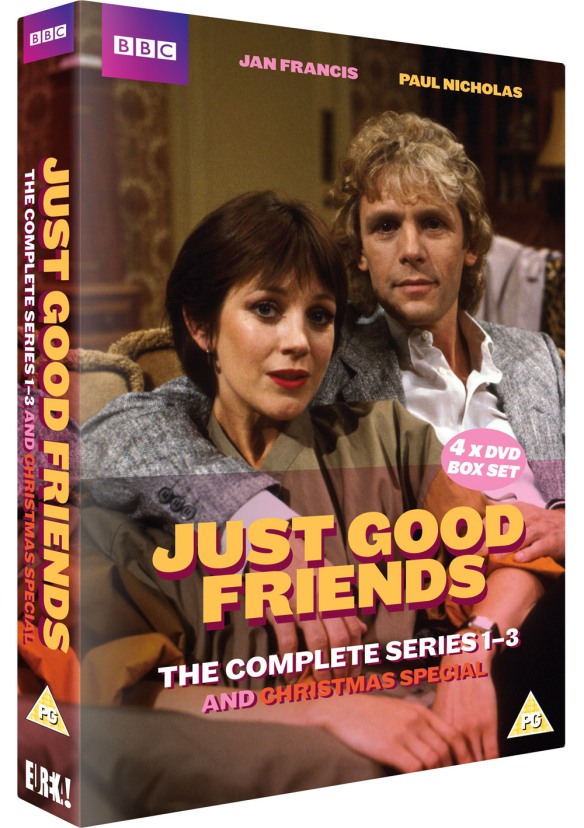 Along with Penny’s upper-class parents and Vince’s common-as-muck family, neither of which seem entirely convinced the pair are meant for each other, most episodes are an excuse for the writer to bring them back together only to split them up again by their close.

Nicholas’ Vince has a touch of the Del Boy about him, Sullivan not always making it clear if he is the cad he often appears, which has the effect of making him a curiously unsympathetic leading man.

Francis shines as the put upon Penny, though her willingness to forgive Vince’s foibles each week does begin to grate.

Thanks to the central conceit that the couple were once engaged and are trying to reconcile their differences, Sullivan is forced to reiterate this fact at least once per episode, but he’s saved by a barrage of genuinely funny one-liners and occasionally poignant moments, particularly between Penny and her mother, the terrific Sylvia Kay.

The long unavailable Christmas special, a prequel to the series-proper which shows how the couple first met, comes with some edits to the soundtrack due to problems with music rights, but these don’t spoil a fun, and laughter-track free, 90 minutes.

This is a series which it’s hard not to like, a not entirely cosy sitcom that will resonate with anyone who has loved and lost and loved again.