Network DVD are at it again, announcing the release of more TV titles for November, which will keep fans of archive telly busy at least until December, and I thought I’d highlight a few I’m looking forward to. 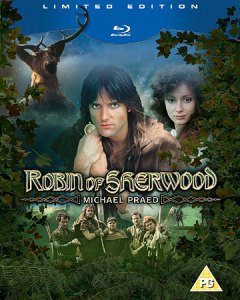 Top of my list is the re-release of 1980s sword and sorcery series, Robin of Sherwood, Richard Carpenter’s classic interpretation of the Robin Hood legend, only this time it’s getting the Blu-ray treatment. The VHS and DVD versions have been prized possessions over the years, reminding me of Saturday afternoon viewing in the mid-80s, but I’ll be getting hold of these.

Forget the recent Russell Crowe version, and even the Kevin Costner movie, which ripped off various elements of RoS. Set one, the Michael Praed years, is out on 15 November.

This morning they tweeted that they’ll be releasing of more volumes in their superlative Look-Back on 70s Telly series on 22 November, those titles which offer a pick-n-mix style collection of TV episodes from existing sets alongside new-to-DVD gems.

Issue 3 kicks off with an episode of Richard Carpenter’s Catweazle, the story of a time travelling wizard brought forward to 1970s England, and also features episodes of nine other series not already on shiny disc, including Anything You Can Do, Soldier and Me and A Place to Hide. 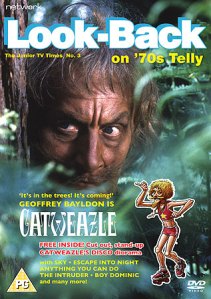 Also out will be Issue 4, leading with the kids’ comedy The Ghosts of Motley Hall (I already have the complete set which came out a few years ago) alongside episodes of King of the Castle, Quest of Eagles and The Boy Merlin and another handful of series.

Also out in November is the Edward Woodward quiz show, Whodunnit? (having recently watched Woodward in Callan I can’t quite picture what this is going to be like, but any Woodward is worth owning); Space: 1999 The Complete Series on Blu-ray; the intriguing sounding Scorpion Tales, six plays linked by the fact they each have a sting in their tale; and a bundle of episodes from Sunday Night at the London Palladium, featuring Bruce Forsyth and the late Norman Wisdom in some of the best episodes from the 1950 and 60s.

Take a trip over to the Network site for the full list of releases: apologies in advance if your bank balance suffers as a result.

I’ll be tweeting about many of these in the coming months, so keep an eye on my Twitter feed if you want to hear more.