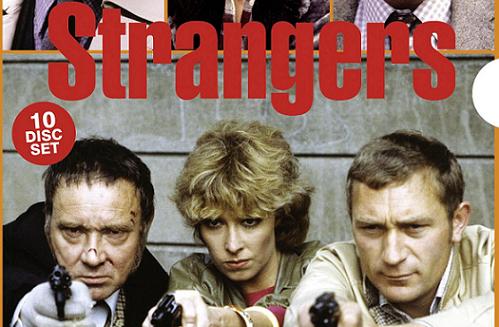 British television in the 1970s was something of a haven for cop shows, a place where men were men, slags were slags and Guv was seemingly the preferred title for any officer above the level of Constable.

Viewers more used to the gentle methods of PC George Dixon would soon be choking on their TV dinners as a decade of The Sweeney, The Professionals and a whole new lexicon comprised of shooters, blags and shouts was introduced to the national conscience, not to mention a host of imitators and rivals to Regan and co.

It was in 1976 that ITV brought author Kenneth Royce’s novel XYY Man to the small screen, the story of cat burglar William ‘Spider’ Scott (Stephen Yardley), his extra Y chromosome and the resultant criminal tendencies.

Co-starring in XYY was gruff actor Don Henderson, a man with a face for playing villains, who went against type to portray DS George Bulman, a no-nonsense copper with a violent edge.

XYY would only last 13 episodes, after which Bulman should have been relegated to TV history along with colleague DC Derek Willis (Dennis Blanch) – that is until Granada TV decided they wanted their own version of The Sweeney and lured Bulman away from the safety of the Met to the frozen North West of England circa 1978.

Thanks to Bulman and Willis’ anonymity in the north (they are the Strangers of the title), and after being joined by WDC Linda Doran (Frances Tomelty) and DI David Singer (John Ronane), the pair could go undercover in various operations which would have proved impossible for the local police.

Series One was clearly a something of a baptism of fire for all involved, the desire to create a fast-paced crime show somewhat neutered by the decision to shoot the series on video and give it a Light Entertainment-style theme tune which wouldn’t have seemed out-of-place on a Bruce Forsyth game show of the era.

Still, over seven episodes something resembling a formula becomes apparent, with small time crooks coming into contact with Bulman, Willis and Doran as their unconventional methods lead to arrests and the impotent rage of their superior, DCI Rainbow (David Hargreaves).

Just as each week’s new case brings new crimes to the fore – dodgy post men and horse racing scams are at the centre of some plots with the team going undercover as reporters and coroners when needed – the other element of the show which seems to shift on a regular basis is its tone. 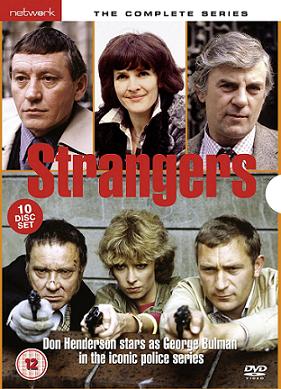 Endowed with peculiarities such as always wearing woollen gloves, carrying a plastic bag and having a tendency to quote poetry at inopportune moments, Bulman isn’t your typical action series lead.

Though the programme never devolves into pure farce, the comedy elements do sometimes collide head-on with the drama, the abilities of Henderson and Blanch to play both frequently saving an episode.

The series begins to show a nice line in continuity in these early episodes, with episode five, Briscoe, introducing a maverick copper played by Michael Byrne who returns a few episodes later after earning Bulman’s grudging respect.

A high calibre of guest cast also helps maintain the quality of the series, Hywel Bennett, William Russell and David Daker all popping up to lend a hand.

The same format would be used for Series Two, though Willis is given a makeover which befits his role as the most physical character in the series.

Things get far more interesting with the arrival of Series Three as the team, now minus Doran and returned to their original patch of London, are recruited to the shady Inter-City division of the Metropolitan Police.

Led by tough-talking DCI Jack Lambie (Mark McManus), joined by new member WDC Vanessa Bennett (Fiona Mollisson) and given a revamped theme tune and title sequence along with added swagger, this is Strangers as it always should have been.

Thanks also to now being shot entirely on film, Strangers looks the part of a grittier police drama and the storylines often try to reflect this change.

With the introduction of shady Home Office liaison William Dugdale (Thorley Walters) the series also found itself gaining some more espionage-tinged stories, the character shoe-horned in more regularly to emphasis these were not just common-or-garden thrillers.

Though the leads’ personal lives were never delved into too deeply, a relationship between Willis and Bennett is alluded to while Lambie’s ex-wife is also mentioned more than once. Thankfully this was still an era of non-soap opera drama, when the main story was based on a clever plot rather than the painful behind-the-scenes shenanigans we’re so used to today.

As the final few series roll on the rapport between the cast becomes stronger, the joy of seeing what new scenario the team will end up in this week paired with wondering which authority figure Bulman will wind-up or who Willis will have a punch-up with.

One aspect of the series which does become obvious when watched in rapid succession is the amount of times the Inter-City squad end up back in the north of the country. Presumably many interior scenes were still filmed up in Granada studios while a few more exteriors than usual took place in London, one even moving up to Edinburgh.

It’s also clear that the series makers had something of a rep company which they would repeatedly return to, a number of actors – step forward Shirley Stelfox, Malcolm Tierney and Daragh O’Malley to name just a few – popping up in different roles throughout the series. This can be both ingratiating and distracting, especially when a character is killed off in one episode only to return as a vaguely similar one a few episodes later.

Held together by the glue that is Don Henderson and Dennis Blanch, working mainly with perfectly paced scripts from lead writer Murray Smith that still sparkle thirty years on, Strangers can lay claim to being one of the quirkier entries into the British crime canon as well as one of the most  entertaining British series full stop.

Mostly forgotten in favour of those other cop shows which get repackaged and re-released on DVD every few years, Strangers deserves the attention of TV aficionados who might want to spend some time solving the crimes the bigger boys wouldn’t touch with a bargepole, let alone a pair of grey woollen gloves.

Extras: Tucked away across these ten discs are various episodes of other British series starring Don Henderson. These include the little-remembered New Scotland Yard, three episodes of daytime favourite Crown Court and a segment of Crossroads in which Henderson plays a very Bulman-like detective.

The Complete Strangers is out now from Network DVD